In 1669 John Alexander purchased 46 acres with was eventually sold to Anthony Fraser during the 1800’s. His daughter, who married J.E. Sickles, inherited the property. It is said that a member of the Fraser- Sickles family who did not believe in slavery freed his slaves and gave them land as well as money to construct homes on the land. That area became known as Green Valley. (The names “Green Valley” and “Nauck” are used interchangeably. 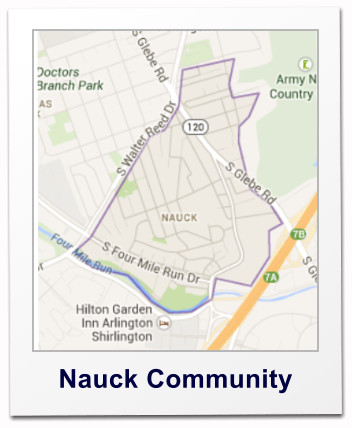 Free blacks, Levi and Sarah Ann Jones, were among the first African Americans to establish themselves in what is now known as Green Valley. They were landowners prior to the Civil War and they built their home in 1844. The local community began to grow as the Jones family began selling some of their property to other black families.

While the Green Valley community’s origins predate the Civil War, African American families like the Jones family formed a seed for the future and inspired the community’s growth, particularly in the 20th century as migration increased. In particular, Green Valley became a station on a migration that traces to the end of the Civil War and the establishment of Freedman’s Village in Arlington following the Emancipation Proclamation of 1863.

From its earliest days and through most, and particularly the first half of the 20th century, Green Valley and other African-American communities were largely excluded from full participation in mainstream American political and social life and commerce. As a result, communities made their own institutions and did their best to provide services for themselves and their neighbors. They also cultivated congregational activities. Community churches facilitated many of these efforts, including four notable churches in particular: Lomax AME Zion (1866), Mount Zion Baptist Church (1866), Macedonia Baptist Church (1908) and Our Lady Queen of Peace Catholic Church (1947).


Like so many other services and facilities, schools in the Green Valley community began as a local community initiative. The first school in the Green Valley community opened in 1875 at the old Lomax Chapel on what is now Shirlington Road. It came to be known as the Kemper School by 1883. The school board built a one-room school in 1885 and in 1893 a new two-story brick school was constructed at South Lincoln Street. It was later replaced by a larger building which came to be known as Kemper Annex built for Arlington’s African American population in 1945. It was renamed in 1952 to honor Dr. Charles R. Drew. Upon the end of segregation in 1971, the Drew Model School became a countywide magnet school and was rebuilt in 2000. 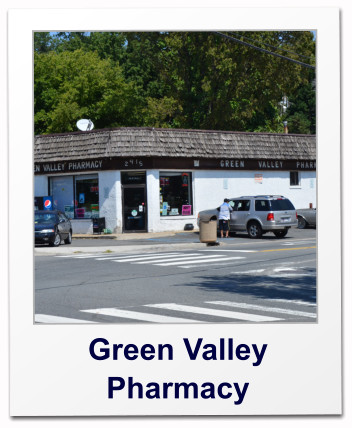 There has always been an entrepreneurial spirit in the Green Valley community, a sprit born of necessity. Community businesses represent efforts by local entrepreneurs to carve a living out in difficult or problematic social and economic times that were a more or less standard feature of African American life from the Civil War onward. Green Valley businesses, like so many facets of the community, evolved in the shadow of segregation and business people in Green Valley stepped up to supply services to their community that were denied to them - places to sit, play, purchase groceries or get a haircut. Small business and services catering to the needs of local people are a longtime feature of Green Valley. Funeral homes, beauty parlors, food and grocery retailers, convenience stores, auto repair, restaurants, and other businesses have operated mostly along the Shirlington Road Corridor. In January 2013, the Green Valley Pharmacy became Arlington County's first historically black commercial building to be given a local historic district designation.

Early in the 20th century the Green Valley community inspired recreation and entertaining community events as well. Green Valley residents played baseball and football at Peyton Field, a property owned by the Peyton family but open to the community. Peyton Field had a dance hall, motorcycle races, and baseball and football games. Arlington County acquired the property in the 1940s and changed the name to Jennie Dean Playground ultimately retaining the sports fields. As a result of the efforts of local residents, the Veterans Memorial YMCA was dedicated in 1949. Finally, the “Y” (now Macedonia Baptist Church Family Life Center) featured a 25-meter swimming pool and other recreational facilities.

On May 7, 1958, the Green Valley Citizens Association became the first Negro group to be admitted to the Arlington County Civic Federation.